[Making Of] Dawn Of Mars From Kickstarter to Mobile Launch

Making Of Dawn Of Mars

From Kickstarter to Mobile Launch

Space Frontiers: Dawn Of Mars was one of the most complex games we’ve built to date and it’s been a huge learning experience. What started as a Kickstarter titled Critical Red blossomed like a terraformed Mars and surpassed its funding goals, becoming Dawn Of Mars, the first title in the Space Frontiers series.

This game was created by our partnership studio Illumination Games as a means of generating new digital experiences that could engage the world outside the walls of the Canada Science & Technology Museum. Thankfully for sci fi fans, this all-ages strategy game provides access to educational, scientific content without being clouded by exposition. Don’t mine through information, mine Martian soil for minerals.

We wrote a post about the Dawn Of Mars Launch event, so check that out for more information about press content. In this post however we’ll be focusing on how this production came to life.

What Inspired Dawn Of Mars

At the Ottawa Lowertown Brewery launch event, museum staff as well as our own discussed Dawn Of Mars and the inspiration behind it.

Director General of the Canada Aviation & Space Museum Chris Kitzan claimed, “We’re dealing with a new world here. We’re no longer looking at the martians coming to us. We’re heading out to the martians.” There’s truth to that. The youth of today are completely different, they yearn to contribute to science and innovation, as humanity prepares itself to become a space-faring society.

Parliamentary Secretary Prime Minister for Youth Peter Schiefke shared similar views, saying “Space Frontiers is an important step. It gives those who download it a chance to innovate and literally develop the world using science, their imagination and inspiration, for where they one day hope to see humanity go… Beyond the efforts of governments and scientists from across the globe, we must also look to individuals who are developing and pioneering science today. And I’m happy to say that so many of them are young people.”

Director General of the Canada Science & Technology Museums Corporation Alex Benay said, “We’re looking forward to working more with SEED Interactive and other partners to create more digital content, more digital experiences that will engage the world outside the walls of the museum with highly immersive, Canadian, historical and cultural content.”

In that same Dawn Of Mars release talk, CEO of SEED Interactive Dan Stopnicki and Exhibition Interpretation Officer Britt Braaten discussed some of the major challenges of designing the game.

Dan spoke to the fact that educational games have been around for a long time. People have been using these learning modalities to get people excited about all types of information, but they haven’t been done to the level of excellence that people are expecting from their mobile devices. We’re working with Alex to accelerate and grow that standard. We grab people’s attention with a strong narrative and peak experiences, and once they’re focused we have the opportunity to teach them something -in this case, about space colonization and survival on Mars.

Britt’s job is to figure out how to make content more accessible to a wide audience. She discussed the differences between Ace Academy titles versus Space Frontiers, saying “Ace Academy is set in the first World War. It’s in the past. It was meticulously researched and heavily grounded in the museum’s collection of artifacts and it’s archival materials… Space Frontiers is about colonizing Mars and is set in the future, so I can’t go out and sit in one of the rovers. I can’t pull out the diary of someone who lived on a colony on Mars because those things don’t exist.”

Britt elaborated and provided an example of how Dawn of Mars‘ future setting influenced our material, specifically with the science missions. Early on it was assumed the missions were a good opportunity to insert facts about Mars. “We could say, ‘Rover X just came back and they tested soil samples to find Y and Z.’ But again, we’re limited to the knowledge that we have right now. Any knowledge we say would be things we already know- so you have the risk of being taken out of the game and reminded that it’s 2016, when it was written, or we’d be suggesting that even if we had a colony on Mars, we would not learn anything we had not already known. We learned that any facts we presented needed to make sense in the context of the game. So for example, when a dust storm devastates your colony, it will make sense for an advisor to say, ‘Laura, we’ve registered winds upwards of 100km an hour.’ Factual, but it fits within the context of the game,” Britt explained. In this way we took a subtler approach to introducing our research into the game.

Here’s some artwork highlighting the different phases of the project. 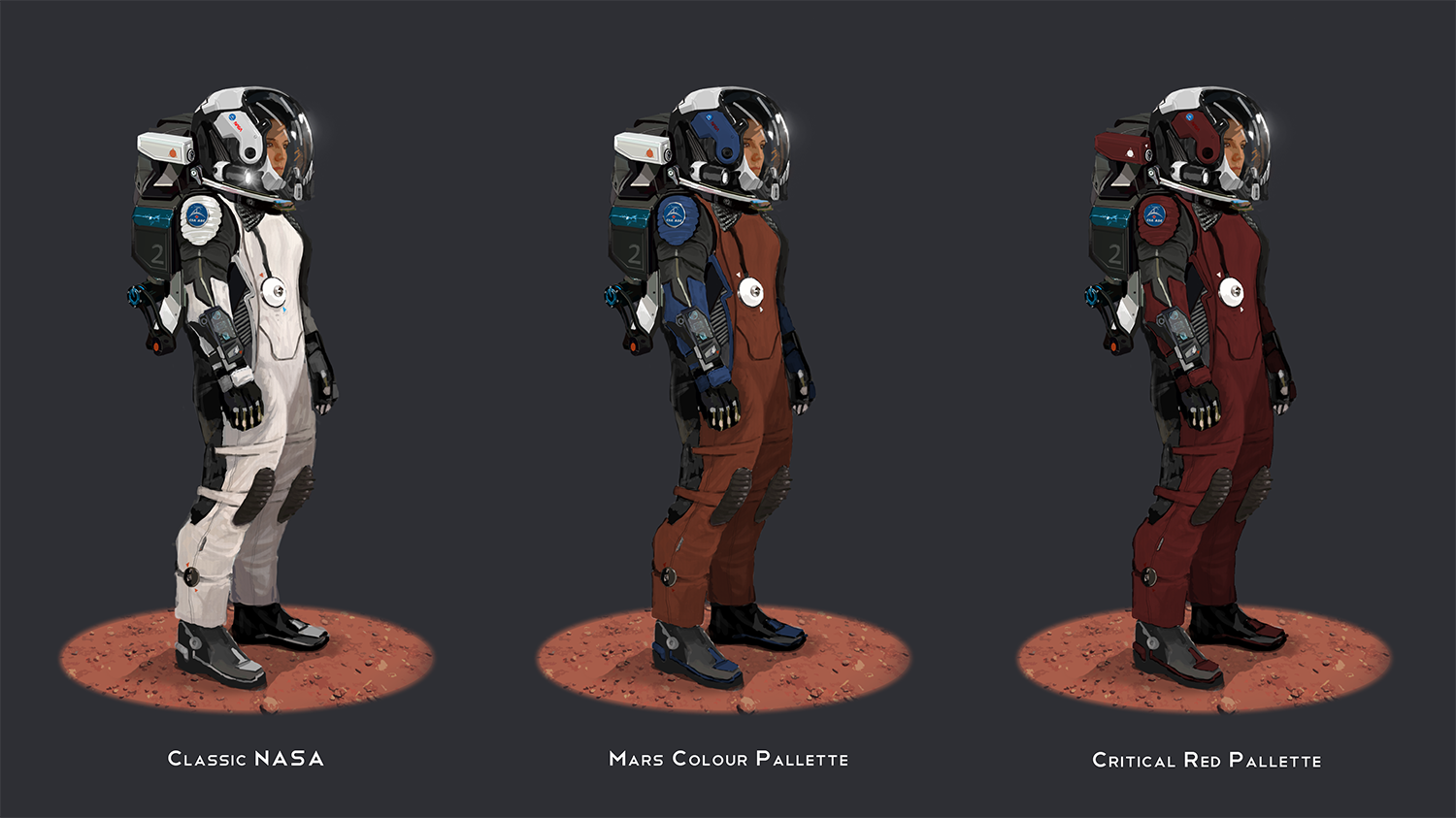 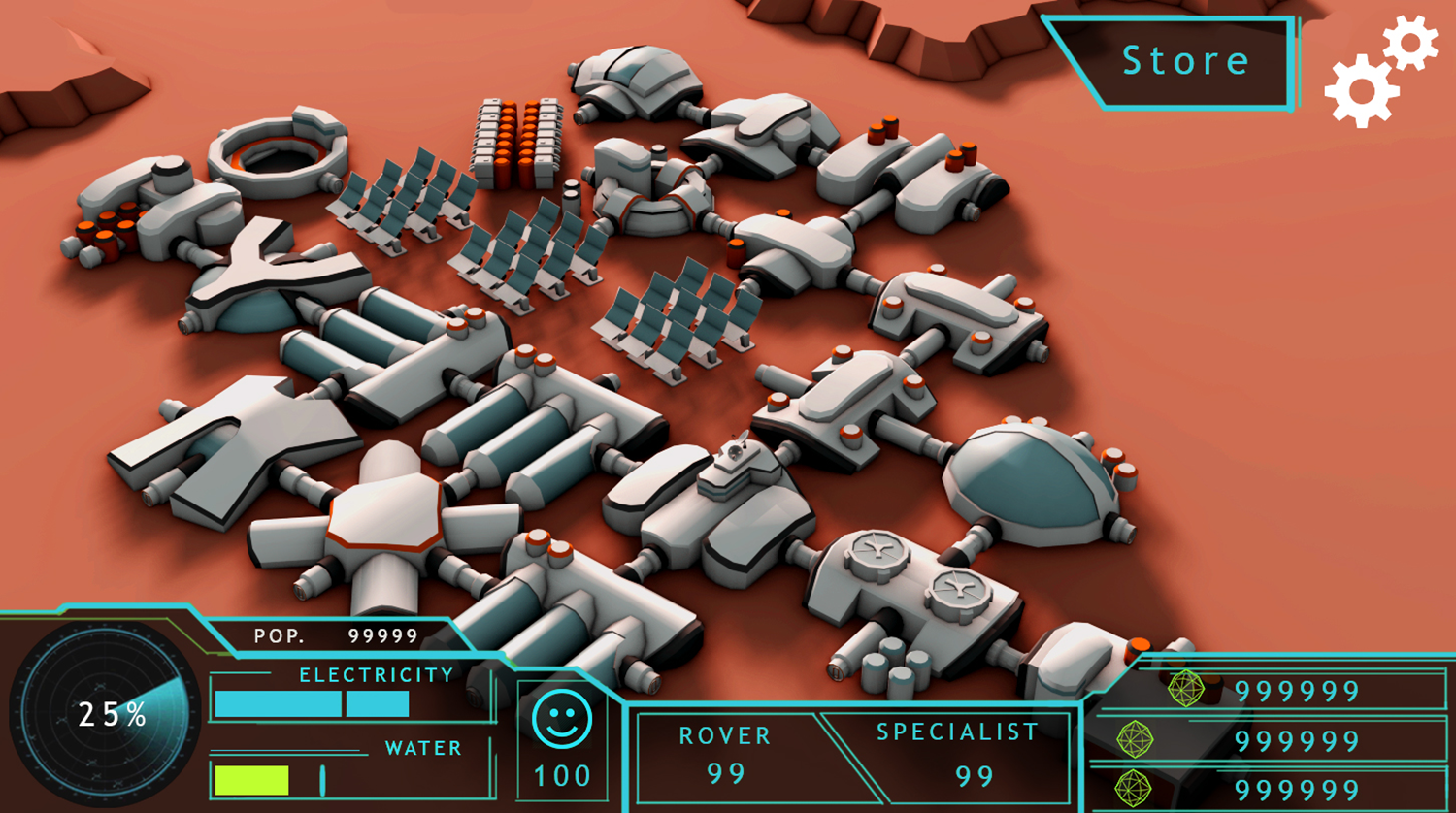 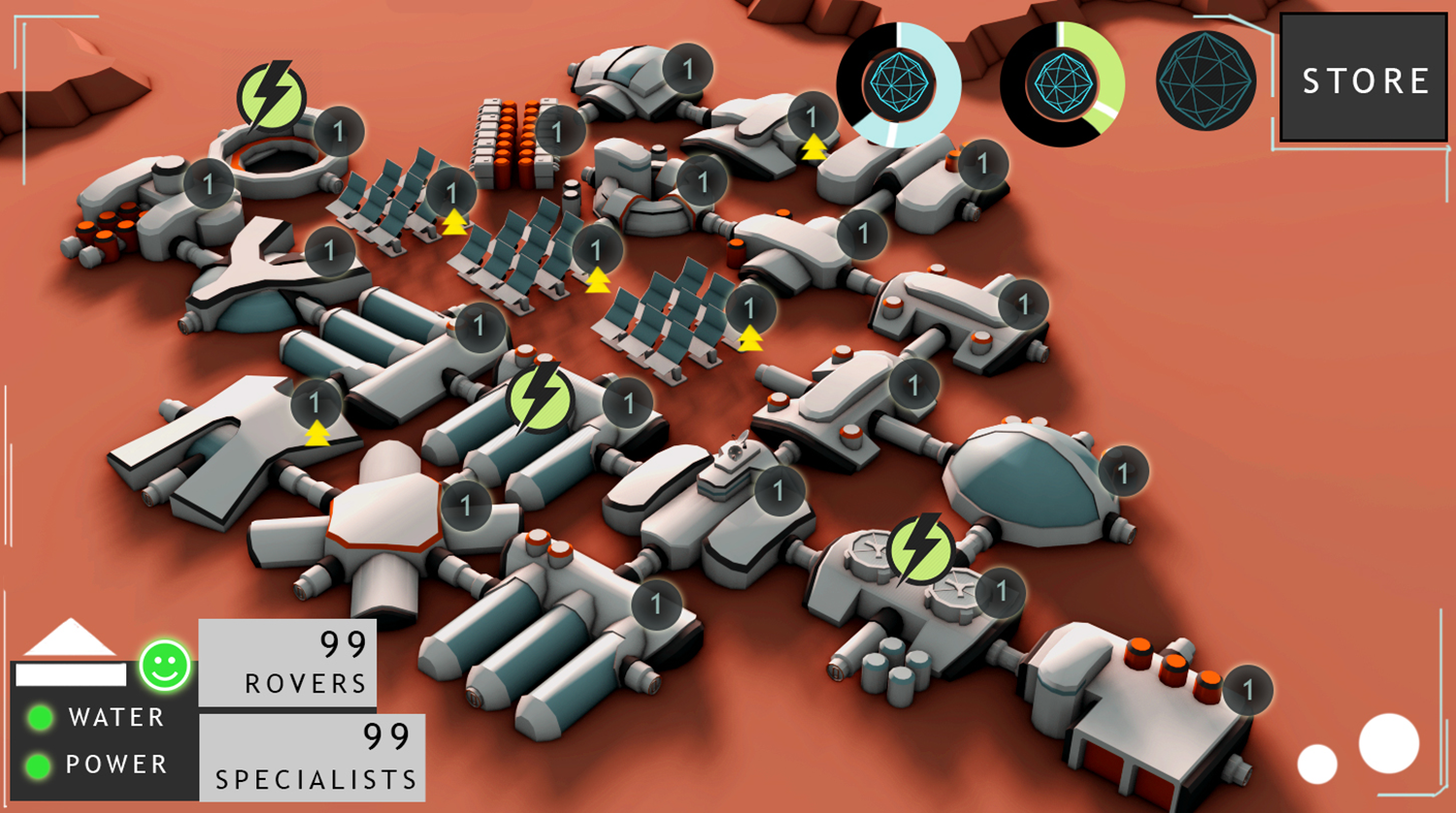 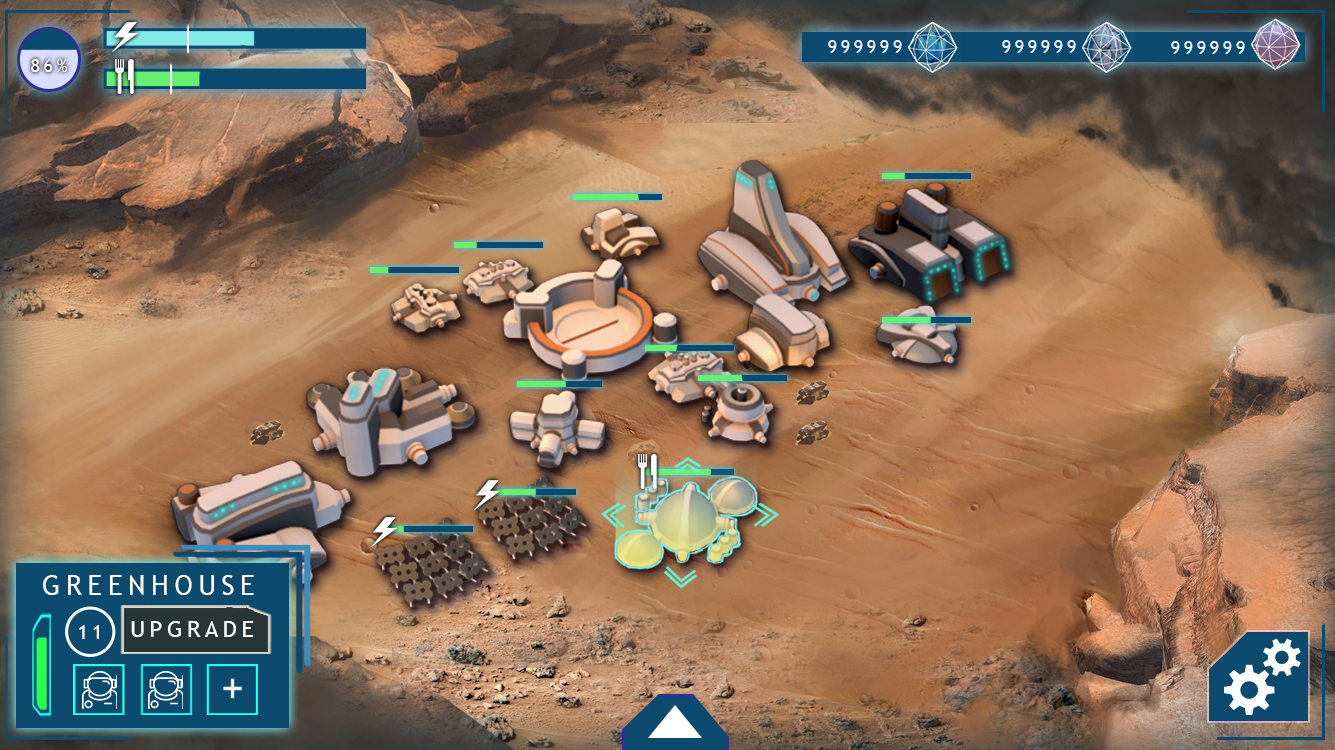 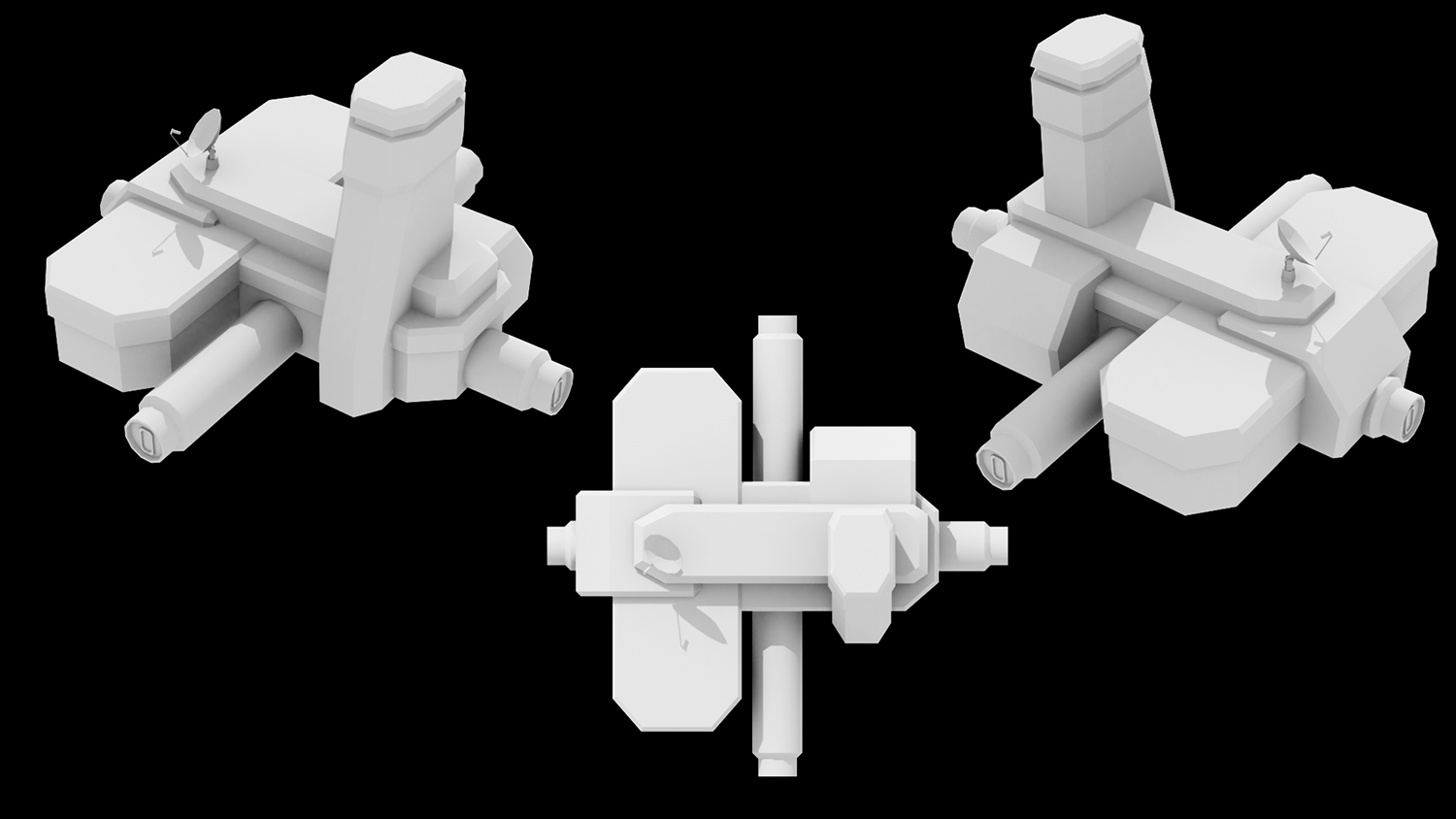 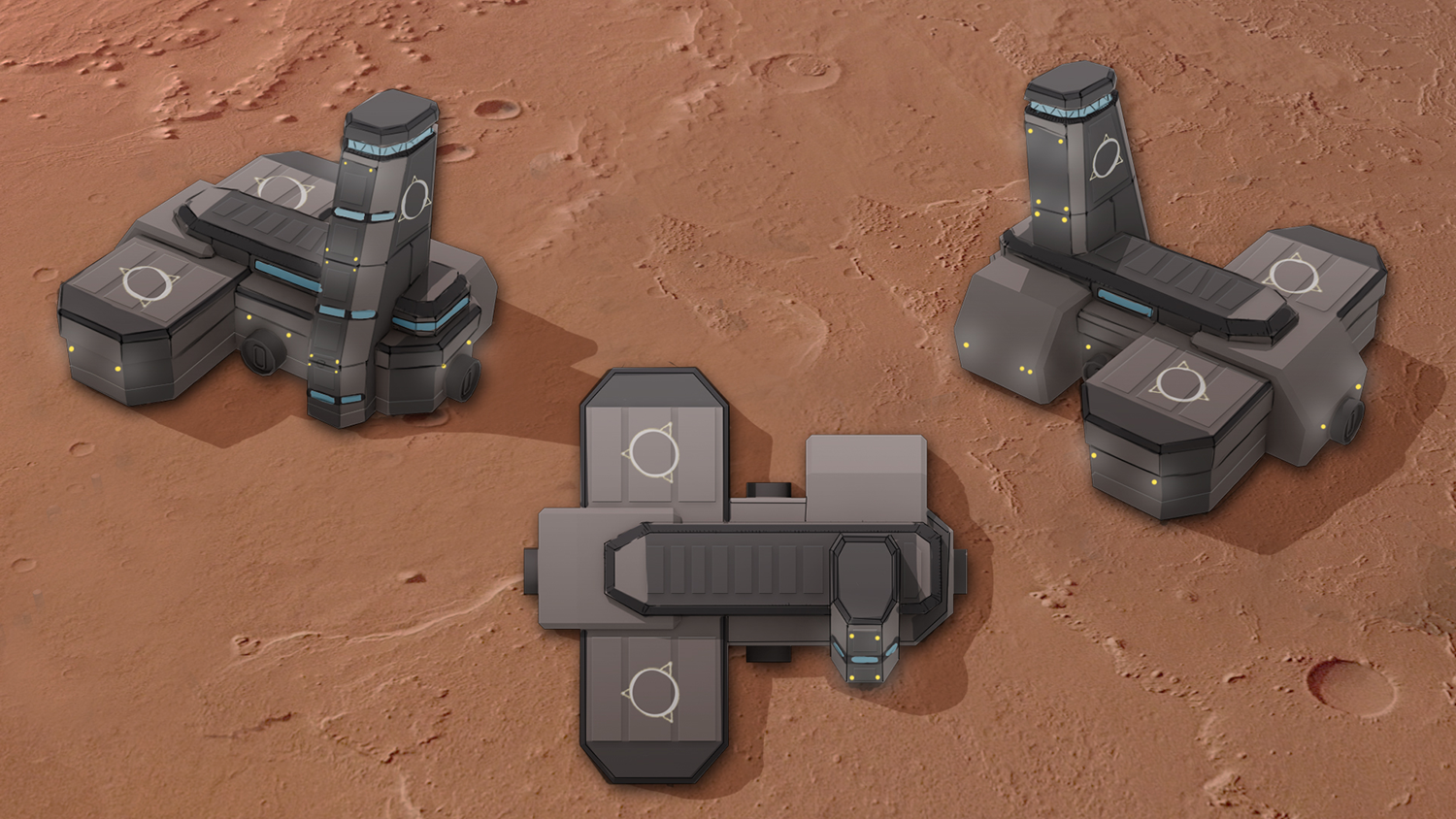 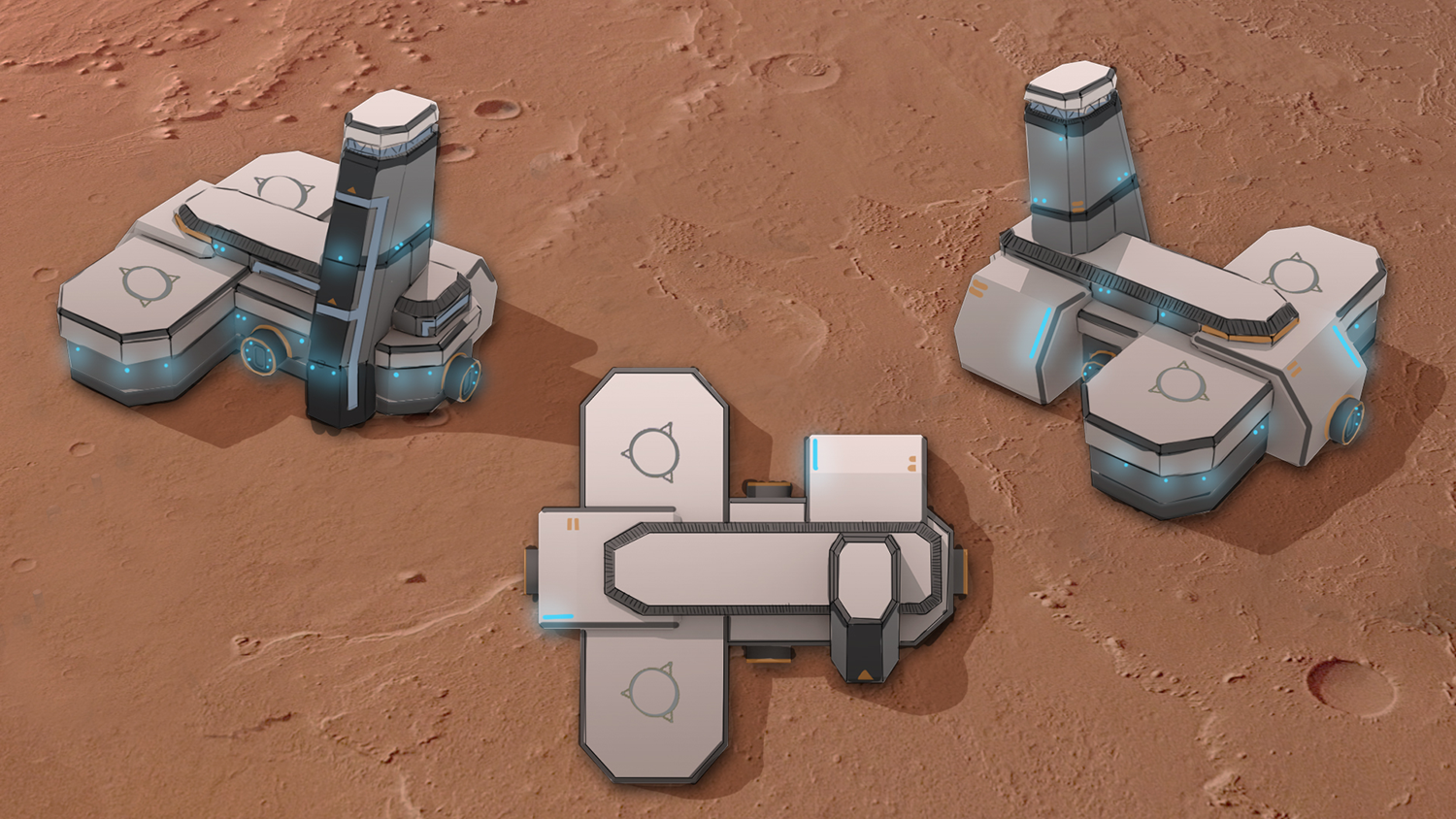 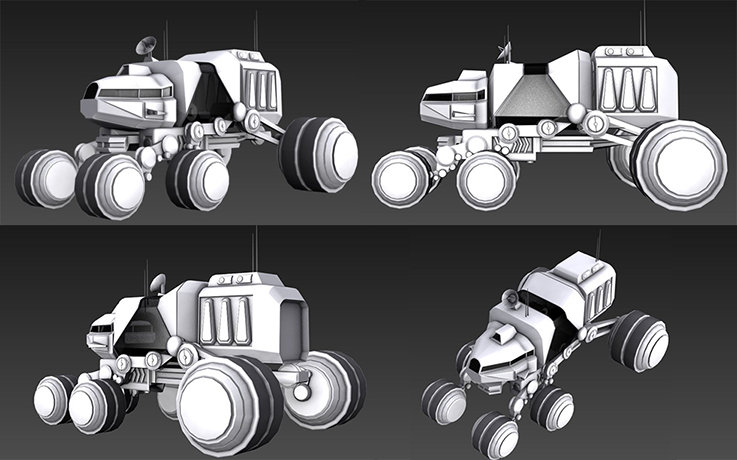 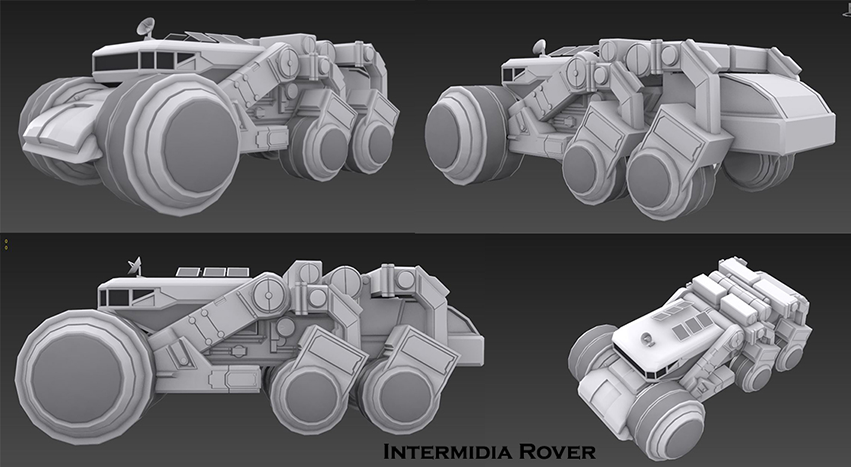 Thanks for reading, we hope you learned something along this journey. Leave a comment below if there’s anything you’re interested in reading about next, specifically related to Dawn Of Mars or the development of this game.

You can play the game yourself by downloading it for free through the links below: